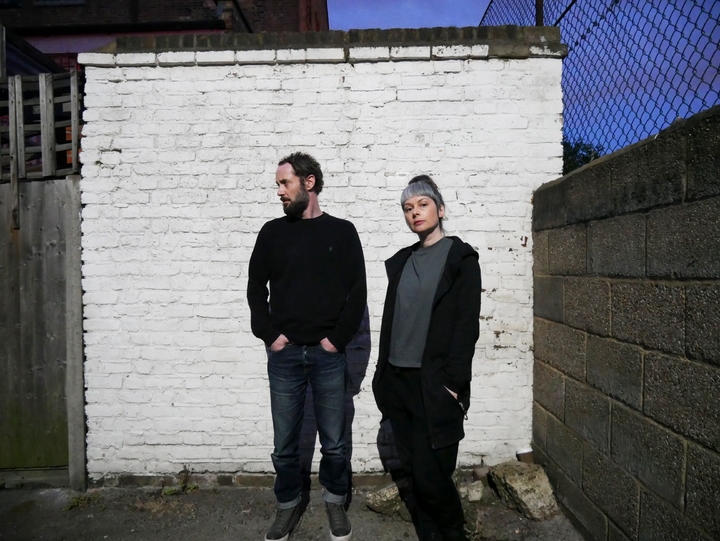 Resident Focus: Stick In The Wheel

Following the release of their 4th studio album ‘Hold Fast’, Stick in the Wheel has begun a new venture. ‘From Here’ takes a fresh new approach to exploring not only their influences but also the ideologies surrounding the music they play and the people behind it.

The stick doesn’t put itself in the wheel by itself, it takes people to do this, people with ideas and know how. Folk music is Ian & Nicola’s chosen genre for their band ‘Stick in the Wheel’, but it’s their ethos surrounding the music they play which brings it to life. It’s difficult to challenge preconceived ideas especially when the matter at hand is rooted in tradition — to do this respectfully and ethically takes time and consideration. They both know the importance of understanding different perspectives and their shows on the station are an ode to this, with interviews from guests such as Lewis Robinson of ‘Mais Um Discos’ who actively goes out of their way to pursue the music they love. The mix of genres they present is eclectic yet thematic.

Growing up in the east end of London exposed them to boundless creativity of the capital but their musical journeys started off in a much simpler place, their parent Nicola’s first experiences with music linked to her dad’s ‘old beat-up juke 7’s’, Ian has similar memories of his mother’s ‘Young Tradition’ records. Its Ian who introduced her in 6th form to London’s emerging pirate radio scene and from here they would begin they’re musical journey together. But, its only when Nicola introduced Ian to the Jah Shaka dances that they started to understand what music could do to groups of people coming together and how the dance floor become a spiritual.

“Some people thought it sounded so raw initially because we weren’t competent at making recordings, but it was a total aesthetic choice”

Having played around with meshing folk and electronic music together in a previous project, they wanted to start fresh, take folk music seriously and learn about the scene, but also see what they could add to it. Despite cautiously dipping their toes in they still managed to frighten some of the purists in the scene. However, the goal was clear — not just to take but also to give, create a space and invite people in.

“The role of the band is to challenge and disrupt the current scene, because we seem think to think so different from other people in the scene, it makes it really interesting, really frustrating, and sometimes really gratifying"

Nevertheless, Folk music can be problematic as it sometimes displays themes of colonialism, oppression towards working-class people and sexism — the holy trinity for all things awful. It’s certainly the willingness to navigate through all this which is admirable, challenging history can be difficult, you must understand your own identity, but also recognise you can assert your own right to create.

‘White Coppe Ally’ is a track from Nicola and Ian’s second album ‘Follow Them True’. This song is a rework of folk song written in the 1554 by Bodleian Roud called ‘The Lass of London City’, it’s about a man that goes to London and meets a prostitute who ends up robbing him. Nicola and Ian’s version kept the rhyming scheme but changed the lyrics and point of view to the women who robbed him. ‘Being a sex worker in 1800 London was not a good time’ there was need to change the narrative of this ‘Jolly Edwardian romp about a young fellow who went to London’ to a less talked about but more challenging narrative — that being the female sex worker who was doing what she can to survive. Actions like this have the ability to make us look inward, leading us to question preconceived ideas not just about music but also modern-day life.

It can be difficult to break away from how disposable music has become, Nicola and Ian’s show on the station ‘From Here’ reflects their desire to find deeper understanding through creativity. Using conversation to explore influences, with people who share a desire to challenge themselves, look at the scenes they love from a different perspective and explore their ideologies. ‘From Here’ finds people who share this bond opening informed conversations that allow for the less explicit ideas take the forefront in the hopes for a healthier community.