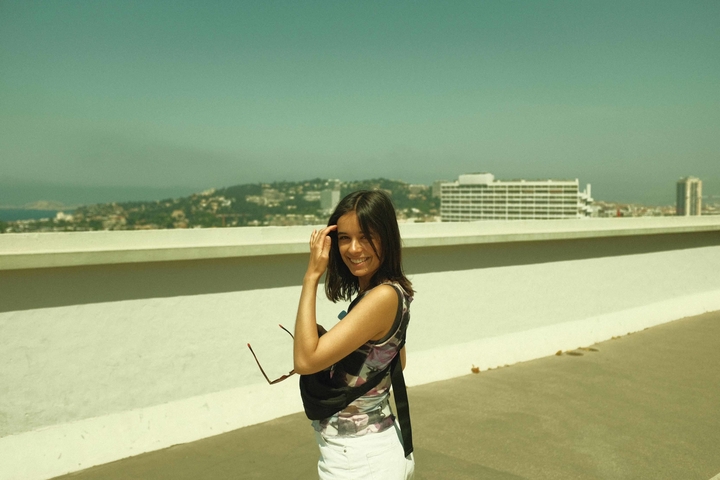 The Resident Focus series returns with a slightly altered format for your reading pleasure. The June edition features resident Sample Stories where we learn a bit about the person behind the concept, the show as well as some interesting music recommendations for specific situations.

TMy name is Tabatha Batra Vaughan and my show on Noods is called Sample Stories but I also have a monthly slot on Resonance FM. I’m in a bit of a limbo stage in my life right now. I just moved back to London from Manchester. I’m living at home, trying to save money and figure out what’s next. I’m doing a documentary film course and juggling various bits of work but doing Sample Stories provides a welcome relief from that! Oh no, I’m bad at fun facts but I actually started the show on the radio station at my uni. I think student radio is underrated, you usually hear about the student paper, but without student radio I wouldn’t have thought of producing my own show.

NTell me about the concept behind your show and share your favourite one.

TI started Sample Stories because I used to spend a lot of time finding out the samples used in my favourite music. Whether that be a snippet of film dialogue or the drums from a much older track, it would often reveal unlikely links between the music and the sample source so I thought it would make a versatile and eclectic radio show. Each episode focuses on a different artist, genre or trend’s use of samples. Every time I start research for a new show it feels different. Sometimes the samples are political and literary like on the Fatima Al Qadiri episode or they’re playful and irreverent like on Two Shell’s productions but they’re always an insightful window into an artist’s influences. For the last few shows I’ve had guests on and they’ve all produced amazing shows - I’d check out Suki’s take on dream pop for an eclectic hour. She traces the links between dream pop and all sorts of unexpected genres from trap to hyper pop. Also, one of my favourite episodes is the Djrum one on because his music is very different from the stuff he samples so it makes for a varied show. He samples a lot of arcane jazz as well as dialogue from one of my favourite films, Paris, Texas.

NHow has where you grew up informed your taste?

TI grew up in West London near Ladbroke Grove with my mum who has always been really into music. She would take me to Rough Trade on Talbot Road and the Record Exchange up at Notting Hill Gate as well as carnival from a young age, so I was definitely influenced by the mixture of ska, reggae, punk and grime that collide there. My first job was actually in the pub down the road where The Clash played their first gig.

NHow are you spending your days at the moment?

TI’m trying to learn how to edit my own films at the moment, but I’ve realised the more technical side doesn’t come that naturally to me. I’ve also been thinking up some new radio show ideas! Recently, I actually made a film about radio. It explored the changes in the ways we transmit and listen to radio, focusing on its transition from analogue to digital and from pirate to internet in the 2000s. I spoke to a range of people, including Heny G and Scratcha DVA, and everyone seemed to agree that radio is still alive and kicking.

NFavourite thing to hear in nature?

TThe sea or any kind of water.

NIf you could have anyone around for dinner, who would it be and what would you cook?

TAnthony Bourdain. I’ve seen every single one of his shows and would’ve loved to share a meal with him. I would have cooked him something vegetarian to persuade him that it can be just as good. I’m a big fan of his but always thought his views on vegetarian food were a bit old-fashioned.

NWho’s your favourite party/promoter in your city right now and who did you see play most recently?

TI recently went to a Small Car NRG party at Avalon Cafe in SE London. It was to celebrate the first YCO release and the line-up started with BFTT b2b Aya, followed by Small Car NRG and finished with Stolen Velour. I’m looking forward to the next one on 8th July

NWhat is inspiring you outside of music right now?

NThree artists which you think are criminally underrated?

NYou're lost at sea and there’s only enough juice in your ipod for one track, what do you play?

NWhat song is playing at your funeral?

Why not head over to Sample Stories' resident page and start digging through a selectionof her shows, exploring the samples behind the likes of the late MF DOOM, Lemon Jelly and Muslimgauze, amongst many others.