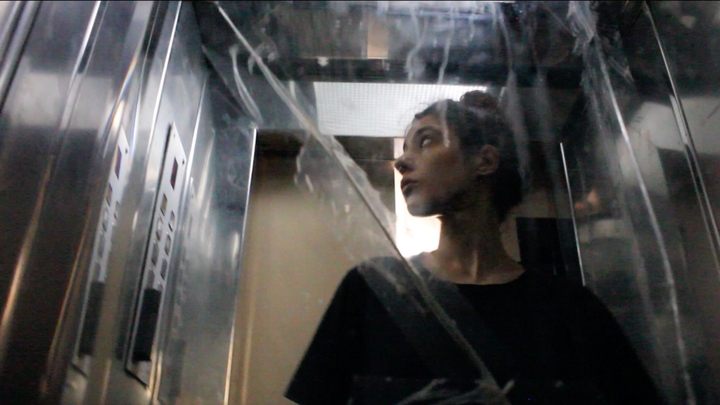 Following her mixtape with ZULI for us, Rama has been busy exploring her creative endeavours through DJ’ing, designing jewellery and starting the Cairo based project irsh. Her approach to mixing is refreshing and free, here’s a little look into the artist!

Rama’s mixes are definitely diverse, ranging from slamming trap to more avant-garde sound design orientated music. However, her blend between these often disparate genres is not the least bit jarring but more a marriage that comes from the natural inspiration of peers and countless hours spent trawling through the internet finding whatever tracks inspire her that month. It’s really nice to see an artist not bound by the constraints of boring dance music.

Before delving deep into the darker side of electronic music, Rama spent years primarily exploring funk, hip hop and other incarnations of rap, finding a lot of music digging through Whosampled. This culminated in a somewhat accidental DJ set while working at a film festival. Coupled with her discovery of like-minded people in an otherwise fairly small scene, this made her start taking DJ’ing more seriously and ultimately birthed the project irsh.

irsh seems refreshingly free and like most great stories in the music world, was created out of a natural necessity to express the music they love and spend time with friends exploring similar tastes. Utilised as a means for exactly that due to their being a lack of space for the type of music they play, irsh has grown to support artists outside of Egypt such as Lil Asaf, HVAD and Al Nather who joined them for their recent compilation.

‘What I really like about the things I’ve been listening to recently is how rich it can be. Some artists manage to brilliantly combine elements from different genres. As if someone was preparing a meal with all the ingredients I like but never tried together and it tastes great’

Friends seem extremely important to Rama, she talks a lot about being inspired by the people around her feeding off similar tastes, particularly spending countless hours DJ’ing B2B2B with 1127 and Bashar Suleiman in their DJ trio ‘Hikma VIP’, as well as collaborating with ZULI exploring different selections and blends.

As well as her love for music Rama originally studied in her words, ‘something very theoretical blah blah blah’ and following her graduation made a u-turn to find something more visceral and manual. That being designing and creating jewellery at jewellery school where she now spends much of her time, finding a good middle-ground between the two. She draws parallels between the creation of both, starting with the initial concept and allowing them to take form over time after trying different avenues.

Rama continues to impress us at Noods HQ with her brilliant amalgam of styles beautifully interweaved at such high standards. Definitely check her out and follow what she’s up to, undoubtedly there’ll be more compilations/releases from the irsh project as well as new and inventive mix styles from Rama herself.

Check her out on Soundcloud, Instagram or her archive of shows for us.