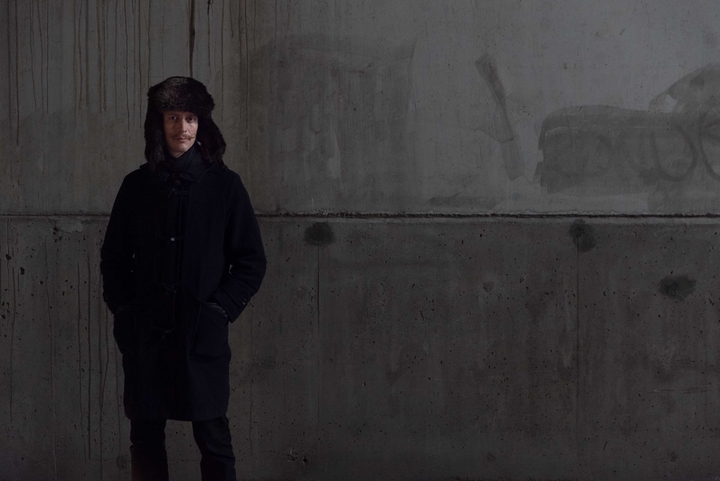 Rasmus Hedlund & The Making Of Far

Balancing the professional with the personal ahead of the Finnish ambient dub-techno master's latest release.

Sometimes a release comes along that not only grabs your attention but evolves and expands its genre influences in startling new ways. Far, the latest LP from Finnish artist Rasmus Hedlund, fits this mould perfectly, following four studio albums and countless EPs on esteemed label Ljudverket.

Gliding almost effortlessly between ambient, IDM, dub techno and more, Far is a captivating journey from start to finish, with more than enough earworms to keep ardent purists and new listeners alike enthralled.

Ahead of the album release on 10th October, we caught up with the man himself to discuss inspirations, production, and future plans.

Welcome, Rasmus. How’s life on your side of the world at the moment?

It's all good, quite busy trying to balance between professional and family things. As a father of two young kids there's never any gaps in the calendar.

Your latest album Far follows a string of releases on Ljudverket... a fruitful partnership indeed. What does the album represent to you and how long has it been in the making for?

The album concept started to make sense and take shape last year but some of the tracks were sketched up already over 3 years ago when my firstborn came. Back then I didn't really have an agenda or a release in mind, but I just kept on composing music. The album tracks are mostly inspired by the changes in my life during these years. My second child was born a month ago, so I guess essentially this album is about fatherhood, hence the name 'Far' which means father in my native language Swedish, but it also makes a mark on my musical path which I've travelled far on, be it that I started out in the mid 90s. To conclude the musical and concept statement; I've come and become far.

This is your fifth studio album amidst countless EPs and singles since your first release over 15 years ago. How has your music creation process changed over time?

It's funny how much it has actually changed since I began. At first I tried out and used tracker software to sequence 8bit samples. This was in 1995. A few years later I started getting into hardware but at first I couldn't really get it to fit my studio works that much so I rather kept the stuff for doing live gigs. That took a complete turn over the years and at some point i made everything on hardware. I've always been keen on trying out new methods and that might have had a role in the diversity in my output as well. There's been some moments that have marked out new beginnings in the process. I think some of them has been for example when I started collecting tape echoes or dynamic processors. Currently, I enjoy having a hybrid setup where I can get the best out of digital and analog. My studio is set up so that I can basically route anything into everything, run it in and out to the computer. It's a flexible system with advanced processing options and I think that is something which makes a lot to my 'sound'.

What is keeping you inspired right now?

Family life gives a lot of subliminal inspiration and energy to compose music and that goes hand in hand with finally having a dream studio to work out the sound in. I also think that when you do music and constantly push to create new and interesting things for yourself, the evolution is rewarding enough to keep you inspired. A lifelong learning curve. It's also inspiring to release the music out in the open and receive feedback. I've started a very fruitful musical collaboration with Samuel van Dijk which is currently a major inspiration to pursue further. All of this is a complete ecosystem of inspiration. It keeps feeding itself.

What can you tell us about the music scene in Helsinki currently?

Sadly due to my age, family life and recent years with the pandemic, I've not been able to participate as much as before but despite the downtime there's always been a thriving scene in the city. Our northern location is keeping us somewhat isolated but be it festivals, clubs, underground parties or artsy happenings there's always something interesting to find. Would recommend to anyone to come and visit Helsinki.

Talk to us about your guest mix for Noods, what was the idea behind that?

I wanted to showcase some ambient productions so I chose my own releases to do the mix. All the music is made by myself except for one track I made together with Samuel van Dijk as Dialog (released a month ago on Astral Industries). There are a lot of different moods throughout the mix, from various projects such as soundtracks. Recommended listening for any occasion but will surely work well for example on walk in a sunny autumn forest.

What’s in store for the rest of the year, both professionally and personally?

Our Dialog project has a ton of material that needs to be finished in order to get released so my main focus will be on that. Other than that there is the usual promotion duties of recently released material, followed by some requests for remixes and other commission work. Some already finished material, like a soundtrack album, is yet to see a release date but sadly in recent years the situation for these things is not as straight forward as before. Pressing plant queues, price increase and all of that.

What one piece of advice would you give any aspiring artists?

Study, plan, practice, execute. Repeat the process. It will pay off in the end.

It's rare that I'm awake anymore by midnight, so I bet my typical manoeuvre is not falling too deep in the rabbit hole in my sleep. Can't say for sure though ;-)