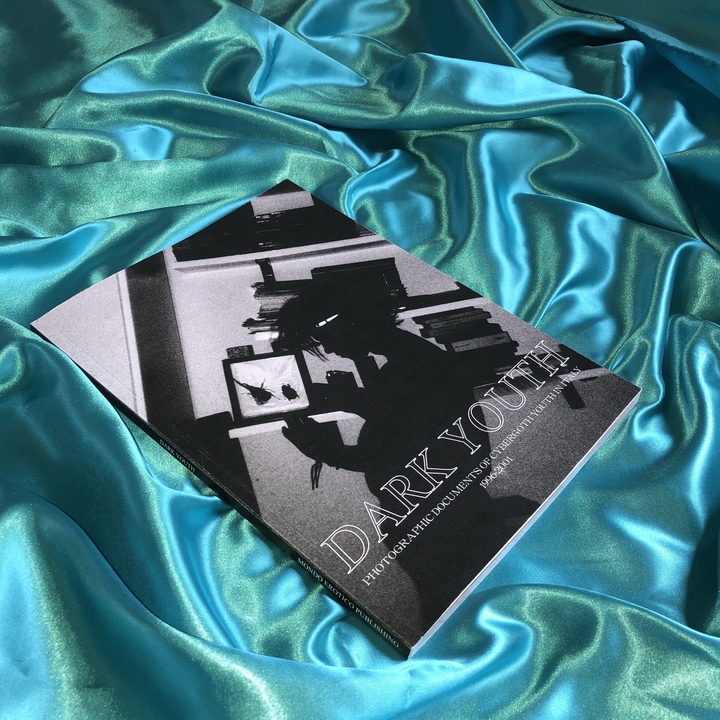 If the Eighties were the first decade where post-modernity and liquid society began to deeply influence youth culture, and therefore subcultures too, the Nineties truly paved the way for the current cross-cultural contaminations of underground scenes. However, they also marked the last days of subcultures as we used to know them. From Rap to Grunge, Britpop to Jungle, and Gabber to House, the Nineties signaled a decade where a plethora of multiple scenes flirted with each other but simultaneously still maintained their boundaries strict, mostly because of the nearly militant commitments of their initiates.

“A generation of rebels and outcasts who jumped on night trains to reach underground clubs spread across provincial towns (…) to dance — clad in latex outfits and crucifix-shaped necklaces — their self-imposed asylum away.”

If by the second half of the 90s the UK was already projected towards the new millennium, Italy still relied on a mentality where embracing a subculture required some serious commitment from the teenagers involved. It was in this context of transitioning cultural scenarios that the Italian Dark scene was facing its last period of splendour. ‘Dark’ was a term used in Italy, since the 1980s, to label a macro-scene that brought together fans of New Wave, Goth, Darkwave, and later on also EBM and Cyber music. A generation of rebels and outcasts who jumped on night trains to reach underground clubs spread across provincial towns of Northern Italy like Modena, Pordenone, and Florence to dance — clad in latex outfits and crucifix-shaped necklaces — their self-imposed asylum away.

Their utopic dreams, tales, and extreme looks, seen through the lens of scenester Albert Hofer, have now been collected into ‘Dark Youth — Photographic Documents of Cybergoth Youth in Italy, 1996–2001’. The photographic volume is part of an editorial series curated by Ragazzi di Strada, an open digital archive dedicated to researching rebellious youth styles and subcultures in Italian history. Hofer — now curator of music and cultural events in Milan with Le Cannibale — was still a teenager when he found himself moving within this environment in the crucial years spanning from 1996 to 2001.

While traveling the country to attend Dark club nights, Albert always carried a point-and-shoot camera in his pocket or strapped around the neck. His foresightedness — especially if considered that the practice of archiving and documenting youth culture wasn’t as prominent as it now is and, needless to say, way before the instant photography of smartphones — allowed him to capture what many consider being one of the last genuine Italian subcultures.

Although the Dark scene was the outcome of a fascination for all things British — from Robert Smith-style hairdos to the legendary Cyber nights of London club Slimelight — it resented of a naive attitude that made it look like something simultaneously mysterious, exotic, and quintessentially Italian. The candid photos Albert took are perfect in exemplifying how, despite the strict subcultural dogma Italian Dark initiates self-imposed to themselves, their scene was already drenched with the post-subcultural and cross-genre traits of contemporary youth clusters.

“We would even mix out of necessity with those kids we somehow saw similar and close enough to us to share values, music, and aesthetics with; although always remarking our belonging to a slightly different scene within the scene,” writes Hofer in the volume. The outcome is a story of survival and identity in the asphyxiating environment of Italian province, where a home-recorded tape gifted by a friend or a band t-shirt was sufficient to embody precious forms of escapism. In the volume themes like politics blend with personal issues like coming of age, finding answers to one’s sexual identity, the exciting anxiety for the advent of the Y2K, and accepting the evolving state of the subculture beyond the (somehow naïve) boundaries set by its own members.

“He narrates about incredible characters like Enrico, who ‘introduced the Florence student population to Cyber culture by standing outside of the school gates dressed in tinfoil-like clothes with a dyed mohawk.”

“We would travel abroad to London or Germany as part of a process of self-initiation to proclaim ourselves members of a scene that — once witnessed from within — constantly destroyed and reinvented itself by absorbing influences from other subcultures,” says Albert. This explains how the Italian Dark scene often tended to cherish a projection of Goth aesthetics that was way over in the UK, where they had already been replaced by the fluorescent extravaganza of Cyber chockers and braids, and where New Wave had been taken over by EBM.

Hofer’s storytelling gives way to anecdotes about the time he broke through a club’s floor with a heeled boot and was stuck there for hours still restlessly dancing. He narrates about incredible characters like Enrico, who “introduced the Florence student population to Cyberculture by standing outside of the school gates dressed in tinfoil-like clothes with a dyed mohawk”.

The intimate photographs, because shot from the unique and privileged perspective of an initiate of the scene, succeed in going beyond the inquisitive photo reports made by academics or journalists. As a consequence, they highlight how different micro-scenes coexisted within the Italian Dark scene and, mostly, how everyday life clashed with the subculture more than storytelling would admit. Take, for instance, the bloke merging a 1980s Goth-influenced hairstyle reminiscent of the Jesus & Mary Chain or The Cure with a puffer jacket: he represents an interference with the stereotypical Dark look, yet it makes the snap to suddenly stand out for its iconic naivety.

Set in clubs, in the streets and in bedrooms, the photos offer both aesthetic and psychological insight into the quests of Italian Cybergoths for countercultural affirmation within the society they lived in and despised Regardless of scene documented, Albert’s work is universally touching for its ability of document the angst, excitement and dreams of alternative teenagers. Even more surprising is the fact he wasn’t, and never became, a professional photographer.

“I just wanted to tell a story made of gatherings, nights, odd characters and their outfits. A narration made through photographs delivered a strong message, so I could explain to the friends I exchanged correspondence with why, in absence of social media why I jumped on night trains only to return home the day after with the morning ones. That’s why.”

The photos — now resonating more than ever with the ongoing revival of Cyber and Goth aesthetics — highlight the joie de vivre young rebels always show off when posing in front of a camera by transcending time and geographical borders, like in the case of the 1970s Malian youth photographed by Malik Sidibè. The result is a visual and textual compendium that explores an untold niche scene in a way so personal yet universally understandable that it allows even those who didn’t experience it to feel the excitement of being a mid-90s Italian Cybergoth. ‘Dark Youth’ is an ode to teenage idealism, rebellion to conformism and a celebration of collective life, elements that we all need to claim back in the aftermath of the pandemic.

Published and printed in Bristol by Mondo Erotico — the independent publishing house and collective hosting the same-titled show on Noods Radio — and limited to 66 copies ‘Dark Youth’ is available via the Ragazzi di Strada website and selected retailers including Rough Trade Bristol.