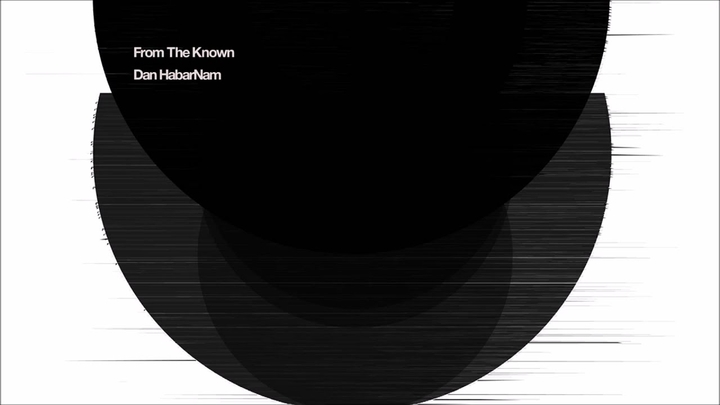 Revisiting Dan HabarNam’s seminal LP on Exit Records a decade on from its release.

Sometimes an album comes along that doesn’t so much demand your attention but propel you head long into its world. In this way, Dan HabarNam’s From The Known remains as beguiling an experience today as it was when first released a decade ago on Exit Records.

Exit had long been pushing Drum & Bass in exciting new directions, but even for such an innovative label, From The Known stood out as an almost unfathomable experience for a genre traditionally defined by tempo and club compatibility. One could feasibly label it as an ambient, dub techno and 170 hybrid, though its uniqueness deflects any attempt to define it. Similarly, the album doesn’t seem to belong to any style or era. It’s more aligned with Orson Welles’ infamous War of the Worlds broadcast than pirate radio; more Delia Derbyshire than double drops.

Equally, Dan HabarNam was already something of an outlier in the scene even before the album came out, with releases on Cylon Recordings and Santorin demonstrating a distinct and unrestricted style. However, it was ‘Nu Este Roz’ - one of the many highlights on Exit’s various artists LP Mosaic Vol. 1 - that cemented his reputation as a standout talent and remains one of the defining tracks of the Autonomic era. As label head dBridge recalls:

“Exit is full of artists who can write sick Drum and Bass when they want, but I also want it to be a label where we can express ourselves beyond that. From The Known is a great example of this and came at a time when Autonomic was establishing itself. We'd just released the They Live LP, so I was happy we were continuing that mindset with this record.

I remember being so intrigued by Nu Este Roz off the Mosaic LP, his sonic palette was unlike anyone else. I knew I wanted to hear more and made the decision to ask for an LP off the back of that one tune. Listening back; I'm pretty sure I was right.”

“Each track segues into the next like a meandering dream, each moment exudes a deeply emotive nostalgia, offering an otherworldly collage of sound with fascinating vignettes of samples throughout”

From start to finish, From The Known is a fluid listening experience. Each track segues into the next like a meandering dream, each moment exudes a deeply emotive nostalgia, offering an otherworldly collage of sound with fascinating vignettes of samples throughout. Whether it’s the early-twentieth-century educational voice-over that appears throughout, or the wailing guitar notes that take the signature sound from ‘Nu Este Roz’ to dizzying new heights, every element contributes to a captivating journey.

Even the mastering process itself was unusual for the time. Prior to the release, Dan had instructed Beau Thomas - one third of Jungle pioneers Intense and the ubiquitous master engineer whose Ten Eight Seven Mastering service has handled decades' worth of genre-defining music - to record the digital master from acetate after cutting it. This process has undoubtedly stamped an indelible signature on the album, like a needle spinning endlessly on a record run-out that breaks from its loop to create its own sound. Furthermore, Beau had received the same request from a certain Richard Aphex Twin for his own digital masters. Upon being directed to From The Known for reference, Richard revealed his long-standing admiration for the album. Exit’s label manager Will Courtice can be counted as one of its many fans too:

“This album for me was and still is a unique listening experience, a true work of art. The way it was created and mastered, going against the grain of the loudness war in electronic music, was a breath of fresh air. I still listen to it often and it reminds me that dynamic range wins over squashed and limited mixes every time. It should be a point of reference for any up-and-coming producers.”

Listening back, the wear and tear of my treasured vinyl copy actually imbues the experience rather than hinders it. Dylan Thomas’ famous words Do not go gentle into that good night spring to mind here, though From The Known remains impervious to age — the hallmark of a timeless album.