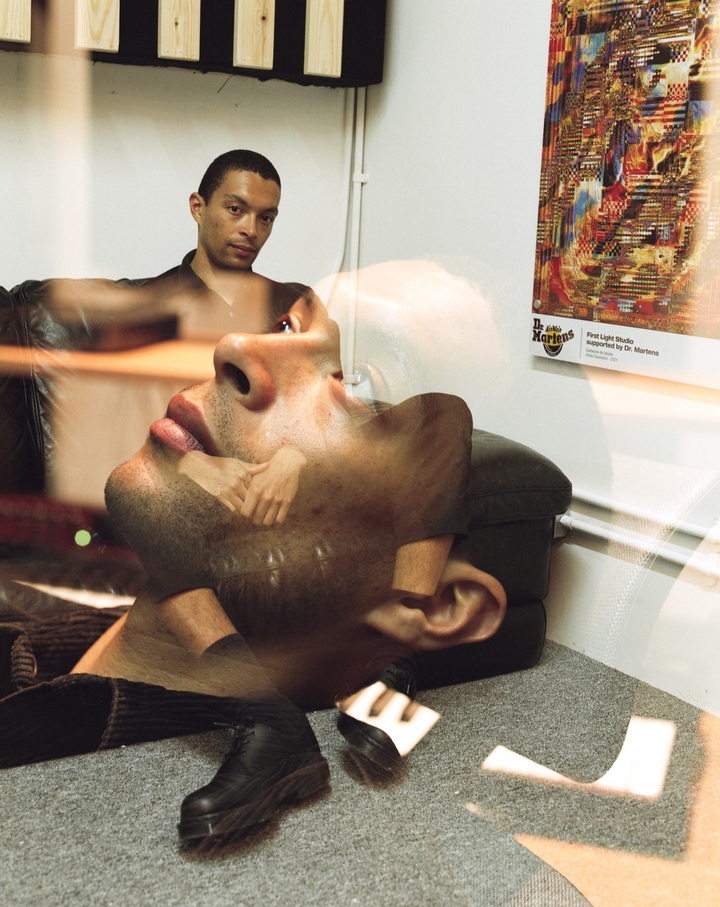 With the help of Doc Martens, McCutcheon has been able to make his dream a reality and help young producers in the city get out of their bedrooms and into a professional space — honing their skills into the accomplished producers they should be. First Light aims to provide this for people of all walks of life from across the city.

Light, the key ingredient to life on earth. Everything needs it, from the fish in the sea to the house plant sat on your bedroom windowsill. With the light from your windowsill your bedroom Aloe Vera can grow into the luscious plant it should be. However, put it into a controlled environment where it can be nurtured; a place specifically dedicated to its growth, and you may start to see it stand taller, the leaves shine more and the flowers bloom brighter than before. However, to make changes like this requires good resources, resources which might be hard to come by and are usually quite expensive. Bristol has always been a garden for creativity that’s made the most out of the resources available to it, and essentially Omar McCutcheon (Batu) has been a dedicated gardener to the scene, carefully nurturing his plants — ‘First Light’ Studio is the latest addition to his greenhouse.

With all this being said, it takes time to build a greenhouse. McCutcheon has wanted to make music from as young as he can remember and has always been curious. His curiosity led him to pick up the guitar and play in bands, and after his uncle’s brother introduced him to Dubstep the trajectory of his curiosity eventually found its home in electronic music. Much like the Aloe Vera on the windowsill, he spent over 10 years in his bedroom before he eventually acquired his own dedicated studio space. However in recent years with the rapid advances in technology, the music industry has changed drastically. Studio spaces are often few and far between and in most cases very expensive. Having a studio space is a dream for most producers that can feel quite far out of reach, that’s why McCutcheon believes ‘First light’ can provide opportunities that will ‘benefit the community.’

Most young people by now who have been trying to start their careers during the pandemic are probably bored of applications by now, it’s a necessary part of the process for determining the ideal candidate. But that’s where First Light differs from the standard application process. There’s an understanding that applications can be daunting which is why McCutcheon really wants to make it clear that process isn’t about being the best, it’s about the ‘studio time going to people who need it more than others’. It’s not looking for the next big thing, First Light isn’t trying to be a big brand — it's meant for the community.

The application process isn’t about how much studio experience you may have, it’s about finding young people who have a passion to create. The aim is to show the mentees how valuable their ideas are and what can be achieved if they are nurtured correctly. The studio is still in its early stages and can only take a limited number of applicants. For those who might be unsuccessful McCutcheon encourages people to be dynamic and adaptable, the musical landscape is always constantly evolving and changing. Understand what skill set you have, but don’t be afraid to re-contextualise it.

Throughout the years countless names and faces have added their own greenhouses to Bristol’s Garden and even helped McCutcheon build his own. If you follow Livity Sound’s Hodge on Instagram you can see the fruits of his labour, quite literally. Jokes aside there’s an understanding that what makes Bristol’s garden of creativity so unique is its diversity and willingness to collaborate. McCutcheon has really tried not just to cater to people within his ‘own world’ but in fact use First Light as an opportunity to bridge the gap between different scenes, benefiting the whole garden rather than just his plot. That’s why he’s invited artists such as Elder Island and Sir Hiss, these one-off mentor sessions have been specifically tailored so the studio can be an open and welcoming space to a wide demographic of creators. It’s not supposed to be a niche space, First Light wants to be ‘broad and inclusive’ no matter what music you make, ‘each application will be given the same time’.

McCutcheon wants mentees to take away more than technical skills, he hopes conversations had at First Light will allow for mentees to understand themselves and their process better. ‘You can learn a lot from simply talking to people and the way they talk about their craft’. McCutcheon believes people ‘develop their own technical skill set’ and the studio wants to provide guidance but also not be too hands-on, he’s ensured mentees can spend time on their own while in the studio, giving them ‘space to work things out themselves’.

Community is a word that gets thrown around a lot in Bristol, in-fact we’ve already used it several times in this article. There’s a lack of a better word to use when a place accepts you as you are and takes you in. Following the celebration of 5 years of Time Dance at the Trinity Centre just before the pandemic hit, it seems like the perfect home for the studio. However, when we take a closer look at the venue and the history that surrounds it, we begin to understand it's more than just a venue. It’s always been an incubator and a space open to different scenes. It’s a space where diversity and inclusion have been normalised. McCutcheon understands it shares the same values as First Light. It’s about reaching outward not inward it’s a place where diversity is normalised, and inclusion is part of the day-to-day.

Applications for FirstLight studio are still open, ‘We encourage everyone that creates music without having their own studio to work in, to apply. Any genre is welcome, and we encourage participants to return into the studio to keep developing.’ — (First Light)